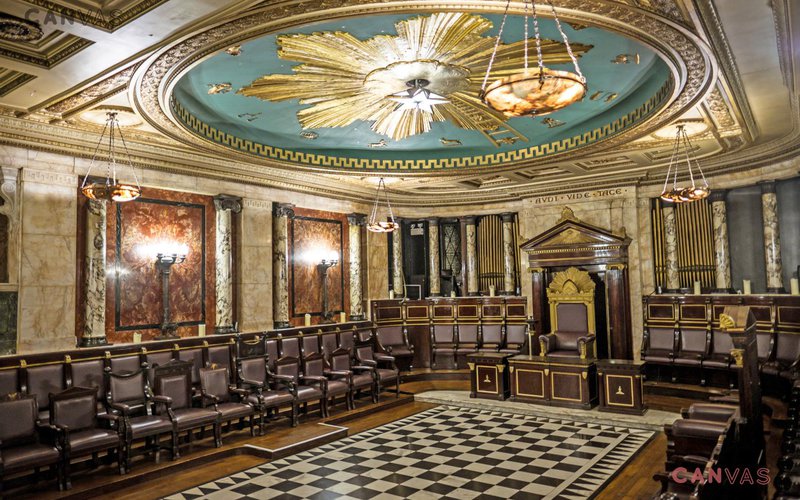 Born in 1823 he followed his farther into the family architectural praise, rising to be its sole head and being responsible for New Burlington House, the new College at Dulwich and the restoration and enlargement of Clumber Park for the Duke of Newcastle among other well known projects. He was Surveyor to the Governors of Dulwich College and President of the Royal Institute of British Architects in 1876 being re-elected the following year and being voted the Queen’s Gold Medal by his peers.

He also designed the Great Eastern Hotel, London at Liverpool St, designing into the building not one but two masonic temples: the Grecian is still used for masonic meetings and is shown above, but sadly the Egyptian Temple serves as the hotel’s fitness centre, but users can look up and see familiar designs on the ceiling and the Egyptian columns remain uncovered.

He was initiated into Jerusalem Lodge No 197, serving as Master and a Grand Steward, and was exulted into the Chapter of St James No 2. Grand Lodge appointed him Grand Superintendent of Works in 1890.

He was a Past Master of the Skinners and a member of the Athenaeum.