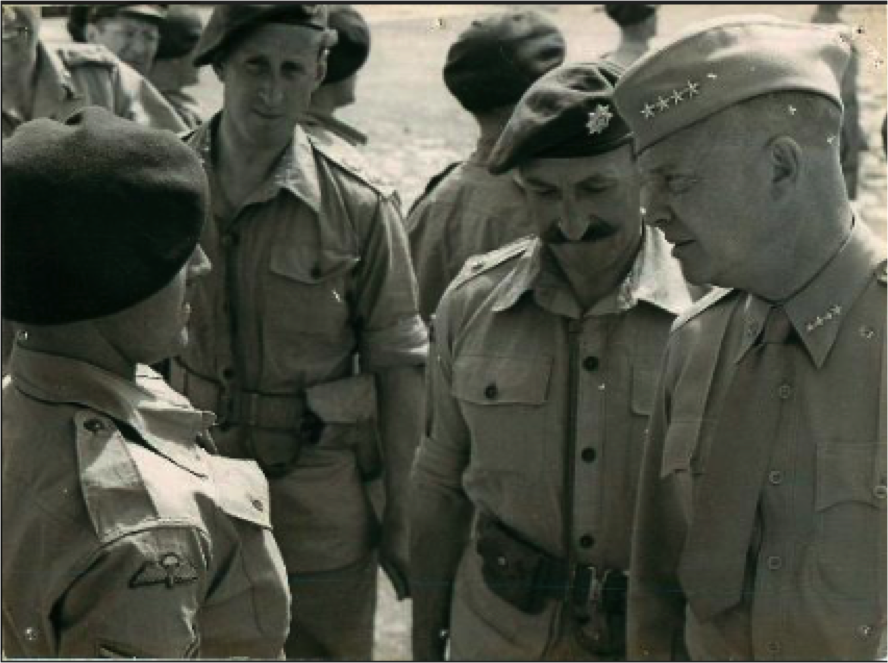 Major Graham Thornton Dadson was a Devonshires officer who had transferred to the regular army from the Territorial Bucks Battalion of the Ox & Bucks Light Infantry In 1932.

A career soldier he served in he became an intelligence and covert operations specialist serving with both SOE and the newly formed Parachute Regiments during the Second World War.

He was ‘seconded’ at the start of the war, and most of his records were sealed under the 64 year rule. It is know that he was serving as an assistant commandant in the Burma Military Police at the outbreak of war and by 1943 was with the airborne forces in 3 Para and then with HQ Sousse (Tunisa) taking part in Operation Fustian, the invasion of Sicily.

After the war he returned to the Far East and was Commandant of the Malayan Basic Training Centre at Blakan Mati.

He was Mentioned, and eventually retired from the Army in 1951.