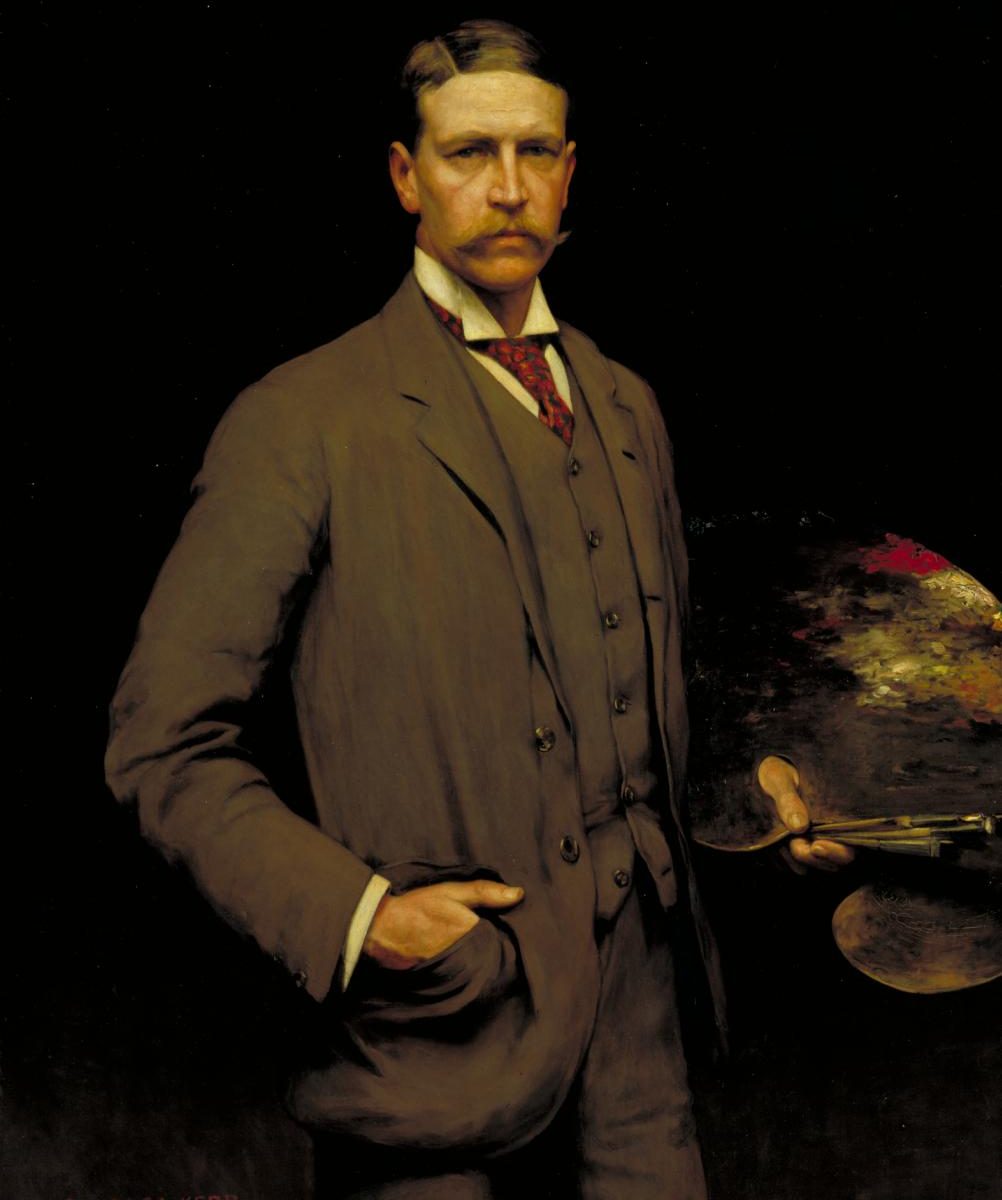 Charles Kerr was an artist well known for his portrait, genre and landscape paintings and for his illustrations of the H Rider Haggard Novels and for Conan Doyle’s Sherlock Holmes story the Sign of Four.

He was initiated into Apollo University Lodge No 357 whilst up at Oxford.

He sadly died young in 1907 after battling a significant addiction to morphine.